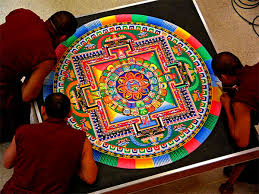 Turning Crisis Into Triumph Part 2 of 3

Recently, I had someone ask me what I thought the purpose was behind any of the various “crises” that seem to accompany the mid-life or aging process. Sometimes when there is such upheaval that it seems life is really turned upside down, it is hard to see any use for all this. And indeed, unless it begins to be viewed from a spiritual perspective, it does seem simply cruel and useless.

However, my experience – and probably yours – tells me that there is purpose and a greater meaning behind such events.

The real overall purpose of everything that happens to us is simply to help us wake up. I’m not trying to negate in any way the often horrific and overwhelming emotions we have to deal with that are involved with such crises. I know it is an incredibly challenging time on the planet, but there is a Spirit that guides each and every life and does so impeccably and superbly. 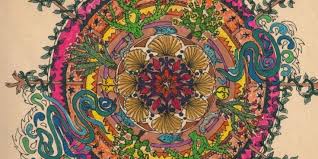 I have had people come into my consultation room with horrific stories, and I think, “Oh my God, how can I help guide this person through such completely impossible events and feelings? How can there be a shore and redemption from such a turbulent sea?” And yet, over and over, people show me their broken hearts and we find the Light that shines on them through this darkness. Sometimes, it is a mere pinprick in the center of a ball of grief. I am aware that the courage it took to just come into my office shows us the way to that spark of Light.

In this section of this article and the next, I’ll examine some of the “symptoms” of such crises and point out what we have discovered was the purpose of such in an individual’s life.

One of the main symptoms that emerges for us as we go through periods of profound change is a loss of meaning. This can be triggered by loss of loved ones, disaster, divorce, traumatic illness, falling in love, body changes, retirement, change of career, just to name a few major possibilities. These are things that happen to all of us at one time or another.

People complain that things simply are not the way they used to be. These are extraordinary opportunities for a deepening and shifting 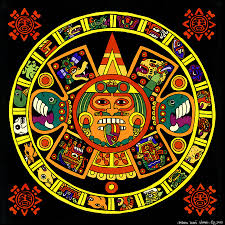 from meaning coming from external circumstances to a contact with deeper truths that go beyond all earlier basis of meaning. Sometimes Spirit moves in our lives in unbelievably difficult outer circumstances and shakes us to our very cores. A Course in Miracles says, “Nothing real can be threatened, Nothing unreal exists, Herein lies the peace of God.”

It is so difficult to see this as helpful when we’re in the midst of crisis. But here I want to explore just one example of someone going through a massive crisis and how this person came to actually get a glimpse of understanding into what the Course is getting at.

A woman came in to see me when she was 49. She had been a successful lawyer (tax law) for many years. She led a fairly quiet life, worked hard, had a stay-at-home husband and 2 children. Not an unusual scenario for this day and age. She was content. One day, a fellow colleague came running into her office and said to turn on the news. There had been an explosion and fire was raging through the complex of homes where she lived. Many people had been saved, many were still feared missing. She called home, no answer, got into her car and raced home. She was kept out because the fires were simply too hot and consuming; they were doing all they could. There had been some sort of collapse that kept a number of people from escaping; her husband and children were among them.

Most of us can hardly even imagine this type of devastation; however, I believe the trauma in our own lives is just as profound.

Joan (as we will call her) was plunged into a very dark night. By the time I saw her, she had been taken in by a friend and had simply lain in bed immobilized and despairing for a number of months. Finally, her friend said she needed to see someone and made her call me for an appointment. For the first couple of months, it was all she could do to come in for the sessions and sit in darkness. 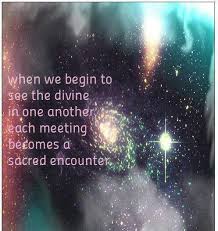 Slowly, and with a lot of encouragement from friends and family, Joan began to explore that darkness. The grief was so profound that at one point, Joan said she felt there was no place else to go than deeper into it and eventually through it, or die. It was so important to give her all the time and space she needed to grieve in all of its aspects.

I debated whether or not to use such a dramatic example, but in the end, the work with Joan made us both realize the very ordinariness and similarities of human tragedy and of human awakening. It is in the day-to-day coping and living of life that we are brought closer to God and to one another, most often through the commonality of our suffering.

This therapy required all the skills – both clinical and transpersonal – I had. Just to stay with and open to the depth of grief she had to endure broke my heart and opened me to levels of empathy and compassion I did not even know existed. For a long while, I simply stayed with and supported her process, part of which was tremendous anger and hatred towards God for allowing this to happen.

One day she came in saying an extraordinary thing had happened. She was doing one of the only things that brought her any solace: she was walking in a redwood forest when she stumbled and fell from the trail she was walking on. It was not a serious fall, but she said she just lay there and wept. She felt so alone and bereft when all of a sudden she experienced one of those magical moments in life when she said she became very strongly aware of a presence, which she said could only be her daughter. She said the experience was so powerful that she was sure it was her daughter, and she knew from that moment on that her daughter in some way was definitely still a living presence on some level. Was this projection of some kind or direct contact with the actual spirit of her daughter? Does it matter? I simply trusted her and the experience and though still a long way from healing, this experience began the journey back for her and allowed her to begin a new life. 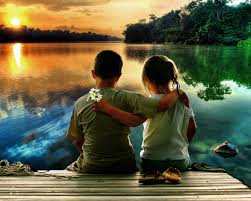 She has never stopped acutely missing her family, but she says now that she realizes that this tragedy in her life moved her from what was an adequately happy life to a place of tremendous grief and total loss of meaning, to finally a transformed life filled with profound meaning beyond anything she could have imagined.

This therapy taught me so much about how to be with people as they encounter really horrific tragedies. It taught me to trust a person’s own process so deeply that they show you how to guide them to go into and through deep encounters with the psyche and find a wellspring within themselves that heals way beyond anything one could imagine for them. She had encountered demons and mythological creatures that she would never have even thought about if it were not for this opening.

This taught me to trust that whatever happens to a human being, there is a sovereignty to his or her process. His or her own Spirit/Soul is at work deep within, truly guiding the work to wholeness for each person.